International politics affects oil trade. But why? We construct a firm-level dataset for all U.S. oil-importing companies over 1986-2008 to examine what kinds of firms are more responsive to change in “political distance” between the U.S. and her trading partners, measured by divergence in their UN General Assembly voting patterns. Consistent with previous macro evidence, we first show that individual firms diversify their oil imports politically, even after controlling for unobserved firm heterogeneity. We conjecture that the political pattern of oil imports from these individual firms is driven by hold-up risks, because oil trade is often associated with backward vertical FDI. To test this hold-up risk hypothesis, we investigate heterogeneity in responses by matching transaction-level import data with firm-level worldwide reserves. Our results show that long-run oil import decisions are indeed more elastic for firms with oil reserves overseas than those without, although the reverse is true in the short run. We interpret this empirical regularity as that while firms trade in the spot market can adjust their imports immediately, vertically-integrated firms with investment overseas tend to commit to term contracts in the short run even though they are more responsive to changes in international politics in the long run.

City and state governments around the country are pursuing reforms to address the rising costs of public employee pension plans. In response, public employee unions and pension plans themselves often portray these benefits as “modest.” In reality, public pension plans offer long-term government workers benefits that make them among the best-off retirees in the country. Indeed, the average full-career government worker in eight states retires as a “pension millionaire,” with 23 states paying $750,000 or more in lifetime retirement benefits. Drastic benefit reductions for current retirees would be unfair, but reforms that make public- and private-sector pensions more comparable should be on the table.

Stress testing is a useful and increasingly popular method of analysing the resilience of financial systems to adverse events. It has only recently been introduced to the pensions sector in some countries as well. This paper presents the results from a survey of stress testing practices among IOPS member countries and provides some reflections on whether and how stress testing could be applied in DC plans. In addition to the technical aspects of stress testing, the paper dwells on the governance requirements for stress testing, drawing some conclusions and lessons for pension supervisors as they introduce and develop their own techniques.

Independence is the hallmark of modern central banks, but independence is a mutable and fragile concept, because the governments to whom central banks are ultimately responsible can have objectives that take precedence over price stability. This paper traces the Federal Reserve’s emergence as a modern central bank beginning with its abandonment of monetary policy for debt-management operations during the Second World War and through the controversies that led to the Treasury-Federal Reserve accord in 1951. The accord, however, did not end the Federal Reserve’s search for independence. After the accord, the Federal Reserve’s view of responsibilities “within” government led it to policies—even keel and foreign exchange operations—that complicated the System’s ability to conduct monetary policy.

This paper examines state‐ and industry‐linkages in the course of the rise of multinationals in emerging markets by drawing on East Asian experiences. Multinationals are both a creature and an instrument of industrial structural change that characterizes the process of economic development. In order for emerging markets to initiate and sustain catch‐up industrialization, they need government involvement to spark a takeoff and nurture their own multinationals so that they can exploit overseas business opportunities at each stage of structural change. Hence, a stages model of growth with five tiers of industry is adopted as an overall analytic. In this regard, Japan set two precedents in (i) transplanting low‐wage production abroad via outward FDI as a catalyst for industrial upgrading at home (i.e., what may be called “comparative advantage recycling in low‐wage production”), and (ii) combining its resource seeking FDI with economic cooperation in emerging host economies (i.e., development oriented resources diplomacy). The precedent of low‐wage production transplantation was followed by the NIEs and has just begun to be replicated by China. The precedent of FDI‐cum-economic cooperation was likewise followed by South Korea and Taiwan and is currently most actively repeated by China in its efforts to secure overseas minerals and fuels. 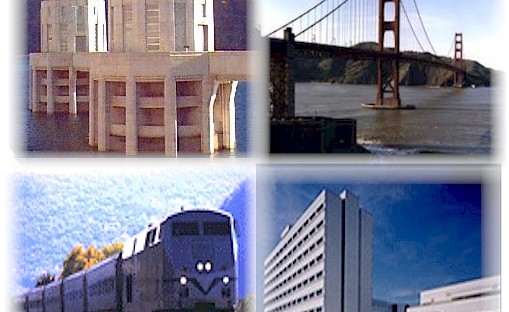 Infrastructure systems are drivers of the economy in the nation. A dollar spent on infrastructure development yields roughly double the initial spending in ultimate economic output in the short term; and over a twenty-year period, and generalized ‘public investment’ produces an aggregated $3.21 of economic activity per $1.00 spent. Thus, formulation of policies pertaining to infrastructure investment and development is of significance affecting the social and economic wellbeing of the nation. The aim of this policy brief is to evaluate innovative financing in infrastructure systems from two different perspectives: (1) through consideration of the current condition of infrastructure in the U.S., the current trends in public spending, and the emerging innovative financing tools; (2) through evaluation of the roles and interactions of different agencies in the creation and the diffusion of innovative financing tools. Then using the example of transportation financing, the policy brief provides an assessment of policy landscapes which could lead to the closure of infrastructure financing gap in the U.S and proposes strategies for citizen involvement to gain public support of innovative financing. 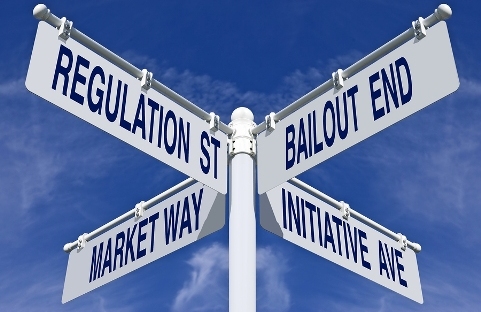 The fundamental reasons why financial crises start may not have changed much over the centuries, given the immutable qualities and pathologies of human nature. However, the nature of the financial system has changed — it has become secularly more interconnected, immediate, global and complex. The regulatory climate had not adjusted to these changes, leaving us ill-prepared to prevent the recent financial crisis. For all the rhetoric to the contrary, regulators’ frameworks continue to be based on an institutionally outdated understanding, poorly suited to tackle the dynamic nature of the financial ecosystem and its changing roster of participants. Thus, the next crisis may already be brewing; and despite the hostility to banks and bankers, the system is not as resilient as it could be. We argue that the regulatory framework has to be reconsidered, so as to better track and respond to the changing industry architecture of financial services. Our paper provides an appreciative analysis of what happened during the recent crisis, and offers recommendations for a regulatory rethink. We illustrate this by considering the changing architecture of the financial system, paying particular attention to the evolution of new business models over the last decades, both in the regulated part of financial services and the alternative investments ecosystem that has co-evolved with it. We cast the recent financial crisis and regulatory responses in the context of this framework, and outline an ecosystem-based approach that looks at the dynamics of the sector’s architecture. We close with recommendations for the regulatory approach and practice.

Though the Australian superannuation system can trace antecedents to the 19th century, the modern phase emerged only as recently as the 1980s through the industry wide employment agreements (Awards) and cemented through the Superannuation Guarantee Act of 1992. The modern system is built around compulsion which currently results in 9.25 percent of salary being contributed to a complying superannuation fund by employers on behalf of employees. The rate is legislated to increase in increments to 12 percent by 2019. The compulsory employment based system complements the means‐tested government age pension and the voluntary savings of individuals. This paper is focused on the latter third “pillar” of the retirement income system; in particular, the voluntary savings undertaken and managed within the superannuation system. . . .

The direction of recent reviews, most recently the Super System review (Commonwealth of Australia 2010) and subsequent policy changes (MySuper), previously Simpler Super (Commonwealth Treasury 2006) and the Review of Australia’s Future Tax System (Commonwealth of Australia 2009) reflect a direct challenge to the assumption of an informed and engaged membership of funds. As the Super System Review bluntly assessed it “many consumers do not have the interest, information or expertise required to make informed choices” (Commonwealth of Australia 2010, p.5). In light of such evidence, this paper provides a review of individual retirement savings decisions with a focus on the contributions or savings behaviours. In particular, the paper examines lessons learned from international retirement saving systems and the limited number of studies examining the Australian superannuation system in order to provide a better picture of who and why people do or do not make voluntary contributions. We start with a brief introduction of the regulations governing voluntary contribution to superannuation and incentives offered. Then, the international literature is reviewed to examine the modelling of contribution behaviours. Particular attention is given to the role of demographics, plan specific features as well as tax incentives. We also provide evidence from the study of several publicly available micro‐level databases in Australia.  The final contribution is a preliminary analysis of member contribution behaviours using a new database provided by Mercer Australia.

From the point of view of international economic law and global governance studies, the principle of the rule of law should apply to all subjects who enter or aim to access the global market. Amongst them, a crucial role is nowadays played by the so-called ‘sovereign investors’, namely SWFs and SOEs.  This paper, which is based on the assumption that sovereign investment has become a major – albeit controversial – element in emerging patterns of governance in this century, deals more specifically with SWFs. In order to put the rule of law ‘in action’ and take it ‘seriously’ with respect to SWFs, the paper focuses on the main concerns and benefits related to the rise of SWFs. In this respect, the main argument implied therein is that the quest for a fair balance between economic benefits deriving from the entry of SWFs in the EU market and the protection of national as well as European strategic/sensitive sectors must be pursued at the EU level and that, in doing so, the EU must be more activist and bolder.  The EU should give law a central role, regarding the market as an inherently political, institutional and social construct, rather than a self-referential locus that depends on its internal laws and dynamics. This seems even more urgent when market actors that, at least on paper, should be politically unbiased market-oriented investors, tend to act also as the long arm of State capitalism, that is, of foreign governments wishing to invest abroad in crucial socio-economic sectors and often connected with countries where the rule of law, in its multiple dimensions, is neither promoted nor respected.